Primavera P6 is continuously updating its versions. Between 2011-2018, Oracle has released more than ten versions. It means it is upgrading every year.

Now, not everyone has the same version. Some people stick to whatever version they are using, while others are always willing to try newer stuff.

That’s why one should select any appropriate version when exporting for another machine. But what if you got a version and it is not exporting at your Primavera P6.

The solution is straightforward. Let see how to do it.

As you are aware, Primavera P6 version 18.8 (now 19.2 is out) is the latest version as I was writing this in March 2019, but still, it is the latest one. Remember, Primavera P6 was released in August 2018, expecting an update sooner or later than the previous history.

Anyway, let see how easily you can deal with any versions as the basics are the same. Some were upgraded as there was any bug like Primavera P6 versions 15.1, 15.2, and 16.1 & 16.2 were not supporting MS Excel import/export as per my experience. 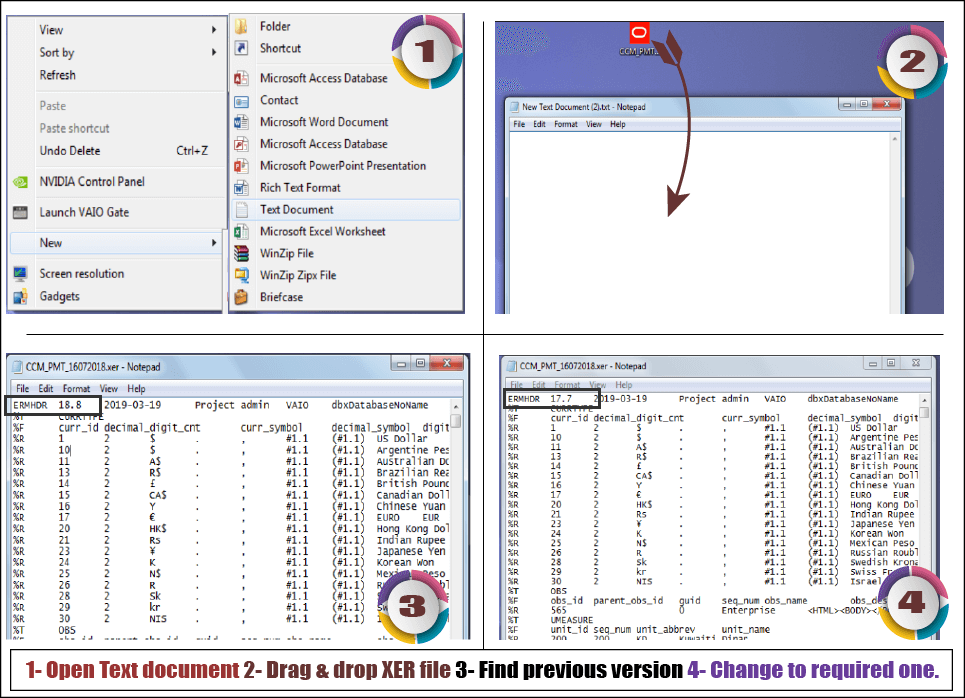 Follow the below steps to deal with different annoying versions updates

Step -1: Open a text document or find a Notepad from the search bar.

Step -2: Copy your Primavera P6 file at the Desktop that you want to import into your lower version Primavera P6 program.

Step -3: Open the text document and drag and drop your Primavera P6 file in it.

Step -6: Save the text file and Close it.

Step -9: Watch the video here if still an issue. Or else comment below. I’ll help.